About a quarter century ago – my, how time flies! – I worked on a Paramount Television production from the team responsible for the hit 1980s series MIAMI VICE. It was a pilot starring Edward James Olmos for a proposed TV series called “Hollywood Confidential.” Olmos played a former L.A. cop who now runs a top-flight private detective agency catering to spoiled Hollywood types. (This pilot helped launched the acting career of Charlize Theron.)

My job on the pilot was as Shop Manager, where I helped design and build sets. One task that fell to me was designing the Hollywood Sign. The director and team wanted to shoot an iconic scene for the show, with a coyote wandering behind the Hollywood Sign while we looked through the sign and showed Hollywood below. For several reasons, the actual Hollywood Sign was surprisingly inadequate. Too steep, too difficult to shoot behind, too far away, and not such a great view of Hollywood. The decision was to build a mini version of the sign and put it on the world-famous tourist overlook on Mulholland Drive above the Hollywood Bowl, far on the other side of the 101 freeway, as it climbs through the Cahuenga Pass, from the real sign. 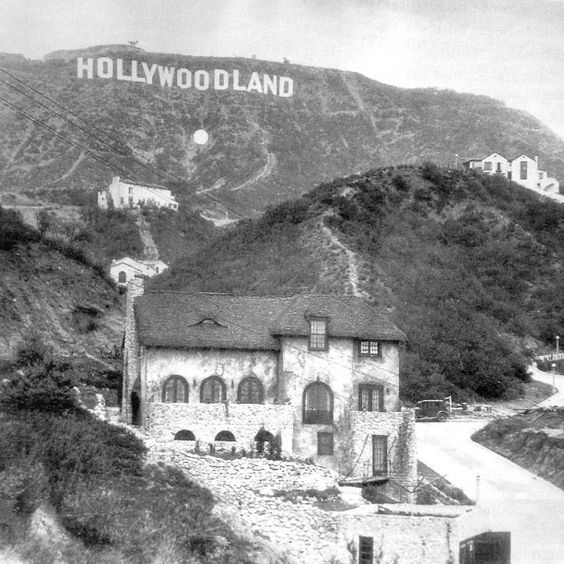 But, it had to be much smaller than the real and gargantuan Hollywood Sign in order to fit in the new location. That was my job; I designed a 60’ version of the 450’ sign for our crew to build and install under the popular overlook. 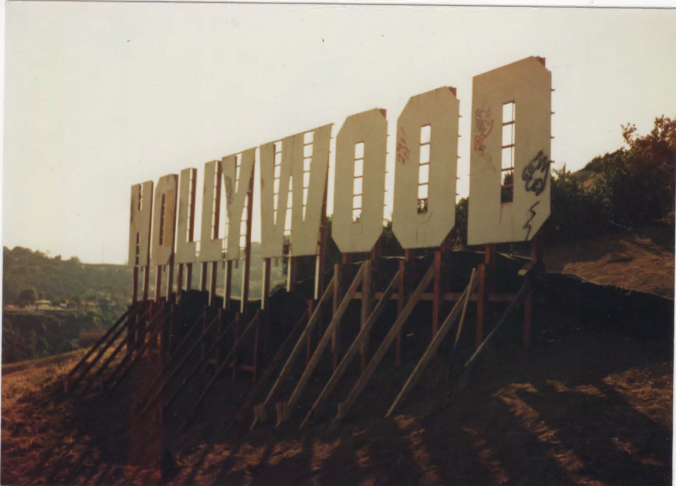 The funny thing is, lots of tourists from around the world visit that overlook to see the spectacular view of Hollywood. After we built my mini-version of the sign, tourists started complaining to the Hollywood Chamber of Commerce that their famous Hollywood Sign was a lot smaller than they had always believed it should be. (Of course, they weren’t looking to their left, over the 101 freeway, to the real sign, as millions of visitors have for years before and years after.) 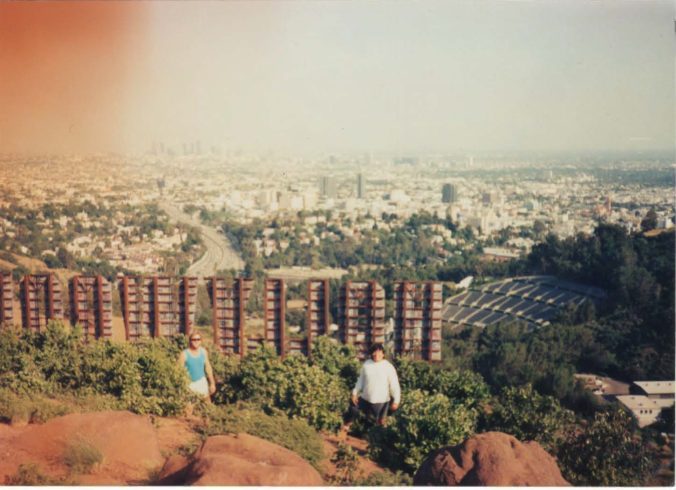 The disappointment was loud enough that, one day before Memorial Day 1995, I got a call from a reporter from the Los Angeles Times. He had called Paramount Television to find out why there was a disappointing version of the famous Hollywood Sign where all these tourists could see it. Paramount told them to call me in the production office.

I explained how the director and team needed a better location, and the smaller size was necessary for building it below the overlook. 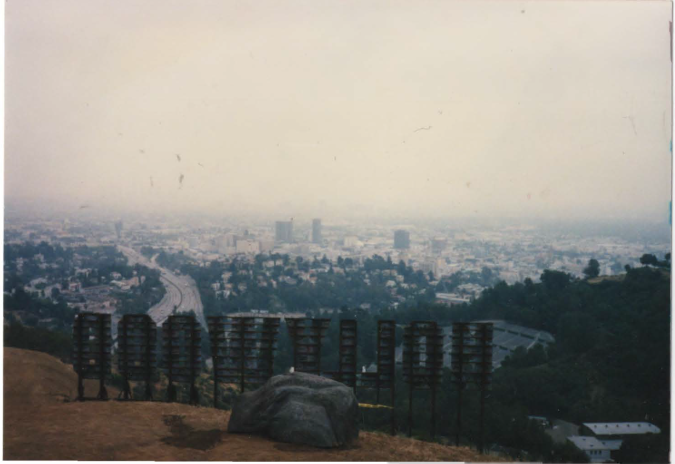 The funny thing is, I have no pictures of myself with the sign I designed that caused all the commotion and ended up in the Los Angeles Times. And, sadly, “Hollywood Confidential” was not picked up as a series. I ran into Olmos at the Sundance Film Festival in 2014, and he recalled fondly our work on that show.

That’s how it goes.